The Rosen Ritter were a special infantry Regiment (1,000 to 5,500 Men) in the Free Planets Alliance military, composed exclusive of former-Imperial citizens and their children. Though renouned for their exceptional combat ability, the Rosen Ritter were never truly trusted by their Alliance comrades, a distrust not helped in the least by the many former Rosen Ritter commanders who betrayed the FPA in order to return to their homes in the Empire. Of the 13 regimental commanders before Walter von Schenkopp, four died in battle against the Empire; two were promoted to flag officers and later retired; and six betrayed the FPA and went back to the Galactic Empire.

When the 13th Fleet was formed after the battle of Astate, the regimental commander of the Rosen Ritter, Walter von Schenkopp, caught Yang Wenli's eye. Yang then had the Rosen Ritter transferred to the 13th Fleet, under his command. Despite rumors that Schenkopp, too, would betray the Alliance, Yang Wenli decided to trust him completely, and to use the Rosen Ritter as the crux of his plan to capture Iserlohn Fortress. Yang Wenli said, "If he turns traitor, they'll say I was no judge of character. The 'one man hero' will disappear from this world."

At the Fifth Battle of Tiamat, Walter von Schenkopp, led the Rosen Ritter, including Kasper Lintz and Linier Blumart, on an infiltration mission onto Iserlohn Fortress. Pretending to be wounded Imperial officers, they managed to infiltrate Iserlohn's command center and sieze it by taking Imperial admiral Thomas von Stockhausen hostage. Once they took control of the command center, they allowed the 13th Fleet inside the fortress. While Yang Wenli convinced the Iserlohn Fleet commander, Hans Dietrich von Seeckt, that the fortress had already been completely pacified by his forces, the Rosen Ritter swept through the fortress, fighting off the remaining Imperial forces in brutal hand-to-hand combat.

The Rosen Ritter went on to fight in many other battles including the Alliance Civil War and the Fall of the Alliance, from there the Rosen Ritter choosed to side with the Iserlorn Republic, by then the Famous Regiment was already low in numbers and the fact that Iserlorn lacks any training Facilities meant their numbers wont grow. The Rosen Ritter finally met it's end in the Battle of Shiva onboard the Brunhild , in which what's left of the Regiment being deployed on three Strikeships numbering nearly 600 men, losing 400+ in mere seconds when the Brunhild fired its broadside guns destroying two strikeships, the remaining strikeship boarded the Flagship and after a few of combat the Regiment was wiped out along with their officer after heavy fighting with the Imperial Ship's security and panzergrenadiers and foot soldiers stationed onboard. It is unknown what becomes of the survivors

"As a close combat squadron formed from children of Imperial exiles they have unmatched skill in battle, but no fleet can control them." 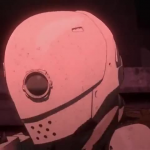