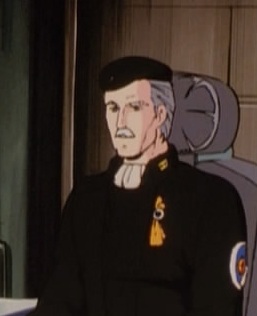 A Free Planets Alliance officer, Edwin Fischer served in the 13th Fleet under the command of admiral Yang Wenli. He was with the fleet from the very begining, participating in the capture of Iserlohn Fortress in the Fifth Battle of Tiamat. At the time of the operation, Edwin held the rank of Commodore. Fischer rises through Yang's admiralty, eventually attaining the rank of Vice Admiral, being compared to one of Yang's legs in terms of his ability to coordinate the fleet's movements. Unfortunately, Vice Admiral Fischer is killed during battle in Isherlon's corridor.