The Earth-Cult is an independent government but operating much like a secret society, intent on manipulating the major galactic governments to suit their own purposes, which chiefly revolve around their ideology of Terraism.

Terraism is a secret society which emphasized that humans should reestablish Earth and its fame as the capital of the universe. While their capital and holiest temple is on Earth beneath the rubble of Mount Everest, they have many churches around the galaxy from the Free Planets Alliance's capital, Heinnesen, to the former capital of the Galactic Empire, Odin, and a very strong presence in the new Imperial capital of Phezzan. In particular, they held great influence over the former Phezzani government before its overthrow and re-annexation by the Empire.

In pursuit of their goals, the Earth Cult resort to drastic measures including attempts on the lives of both Reinhard von Lohengramm and Yang Wen-li. Julian Mintz discovers much important information about them when he infiltrates their Mount Everest temple.

The Earth Cult's Grand Bishop was killed in the Mount Everest attack but their activities continued under the leadership of Archbishop De Villier, who used a hypnotised and disguised imposter to pretend that the Grand Bishop had survived. Before his death in an attack on the Imperial Residence on Phezzan, De Villier claimed that the twenty cultists with him were the last 'believers' so it is probable that they were no longer an organized force after this time.

Members of the Earth Cult are often called Terraists, which coincides with their later terrorist activities. 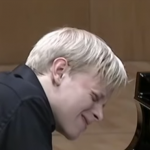